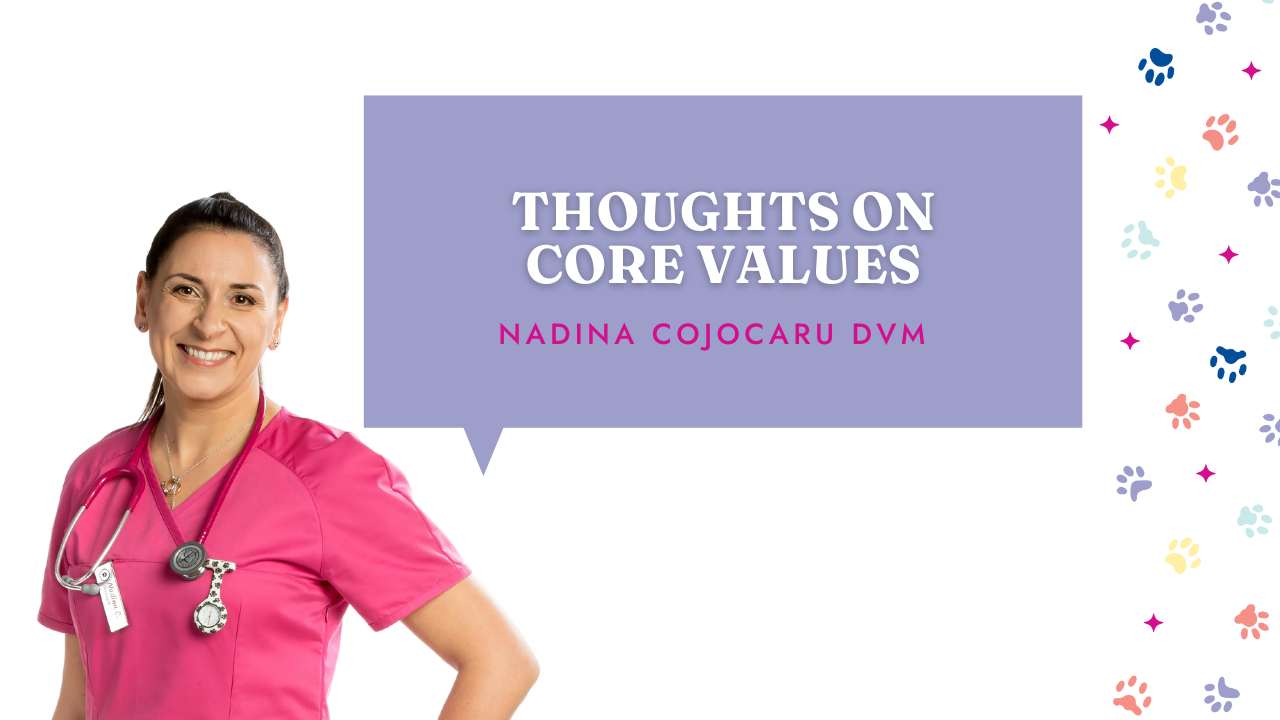 Some people used to call me mean.

The first person who told me that was my mom. 😅

And my mom told me repeatedly to stop doing this!

She told me I am a mean and loud person, and that other kids/other people will hate me for this. And that nobody will want to be around me.🤨

I understand now why my mom would say that.

I was NOT a softie!😳

I was LOUD, DETERMINED, and FIERCE!

All of the above were NOT girl/woman-like qualities in the culture I was raised and educated.

And she was afraid that I will suffer because of that.🤷🏻

This kind of misjudgment kept repeating itself throughout my life, the veterinarian career included.

Even after discovering mindwork, the Thought Model, and life coaching, I COULDN’T CHANGE MY THOUGHTS about being accused of being mean, no matter how many thought models I’ve tried.

Until one day, I understood.

You can’t change your thoughts about a circumstance if those words step on some of our most treasured core values.

Three of my personal core values have always been freedom of speech, unconditional love and kindness towards humans and animals, and leadership.

Accusing me of being MEAN was a heavy overstepping on one of my core values.

Telling me to “shut up” because “I was mean” and “who I was I to take the leading role” was a barbaric overstepping on all three of them. 🧐

It took me years to understand why I used to have such a visceral reaction against those words.

And it suddenly clicked, and I understood.

And then, those said words didn’t affect me anymore.

I was able to stand up for myself and to correct the language used about me.

“I’m not mean; I tried to be efficient and I might have been direct and abrupt.”

“I’m not mean; I talked in a fast and determined way, so the pet could receive pain medication immediately.”

You see the difference?

My brain understood that I was capable of protecting my core values, and then, changing the way I thought about those words was EASY.

And the more I aligned myself internally with who I really was, deep in my bones, the easier it became to face other people’s opinions, even if those were not accurate.

And I stopped reacting. I stopped being belligerent.

My friend, if you constantly struggle to change your thoughts about some situations, some of your internal core values might have been stepped on.

It might be dealing with pet-owners accusing you that you are in this profession just to take their money.

Or a colleague is telling your boss that you are mean.

Or your boss is accusing you that you are a bad vet.

Packed with weight loss tips for small animal vets and a fun workbook to help you along the way!

We hate SPAM. We will never sell your information, for any reason.